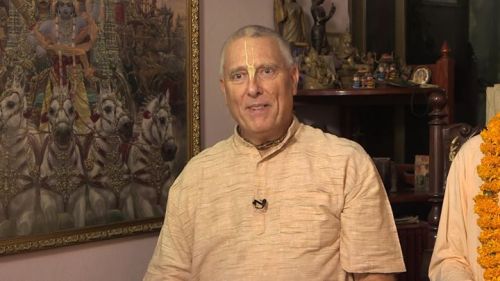 HG Bhakta Das ACBSP left his body Sunday.
Srila Prabhupada: For a sincere person to go back to home, back to Godhead, is not at all difficult. Especially Krsna in this age has personally appeared as Sri Caitanya Mahaprabhu. And Sri Caitanya Mahaprabhu is very, very kind to the fallen souls. Papi-tapi jata chilo, hari-name uddharilo. His business was with all the papi and tapi. Papi means sinful, and tapi means suffering. So His business was papi-tapi? No. His business was with the most exalted personalities like… Sri-krsna-caitanya prabhu nityananda, sri-advaita gadadhara srivasadi-gaura-bhakta. They were all very exalted personalities. But all of their mission was to deliver the papi-tapis. Papi-tapi is everyone, in this age especially. But if we take shelter of Sri Caitanya Mahaprabhu, by His mercy we get everything. – May 22, 1975, Melbourne

Read More…
(This post has been viewed 337 times so far)