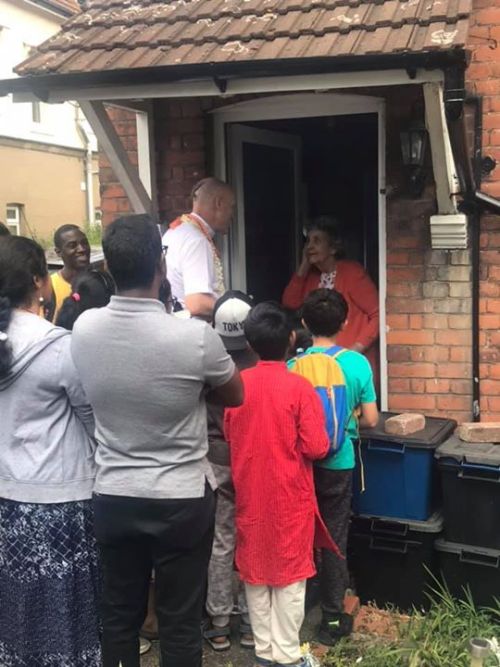 Day 3 of the Summer Marathon in East London (Album of photos)
Today we went out with HG Vaisesika Prabhu in East London with the Bhakti Vriksha Group. We also had the honor of HG Bhuta Bhavana Prabhu joining us. 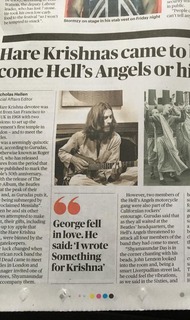 With the release of The White Album, the Beatles were at the peak of their fame, and, as Gurudas puts it, “were being submerged by self-proclaimed Messiahs”. When he and six other devotees attempted to make contact, their gifts, including a wind-up toy apple that played the Hare Krishna mantra, were binned by the band’s gatekeepers. Their luck changed when the American rock band the Grateful Dead came to meet the Beatles in London and their manager invited one of the devotees, Shyamasundar Das, to accompany them. However, two members of the Hell’s Angels motorcycle gang were also part of the Californian rockers’ entourage. Gurudas said that as they all waited at the Beatles’ headquarters, the Hell’s Angels threatened to attack all four members of the band they had come to meet. END_OF_DOCUMENT_TOKEN_TO_BE_REPLACED 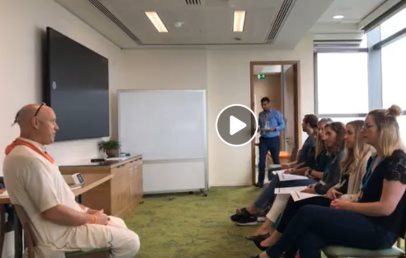 Finding Balance in Life from the Inside – London UK Corporate (video) 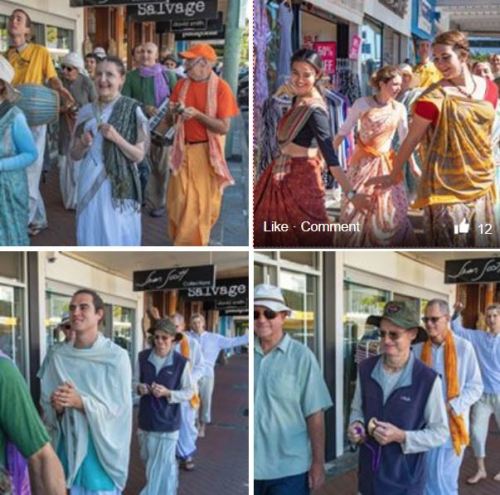 Harinama at Burleigh Heads – 30 June 2019 (5 min. video)
Srila Prabhupada: “If one only chants, with some slight faith, the holy names of Lord Caitanya and Nityananda, then very quickly he is cleansed of all offences. Thus as soon as he chants the Hare Krishna maha-mantra, he feels the ecstasy of love for God.” (Caitanya-caritamrta, Adi-lila, 8.31) 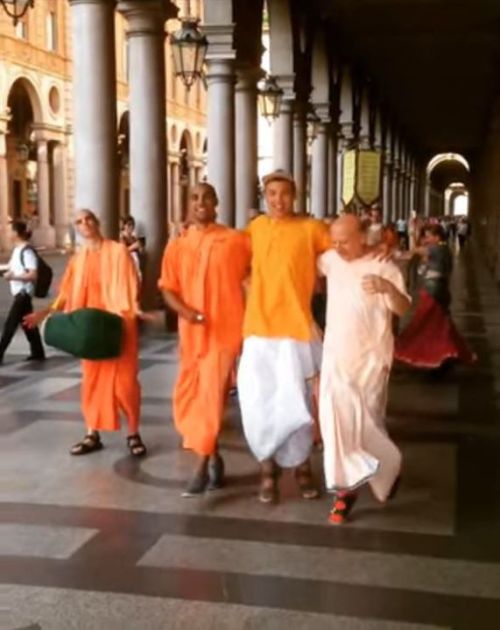 Blissful Harinama in Turin, Italy (1 min. video)
Srila Prabhupada: “As a result of chanting the Hare Krishna maha-mantra, one makes such great advancement in spiritual life that simultaneously his material existence terminates and he receives love of Godhead. The holy name of Krishna is so powerful that by chanting even one name, one very easily achieves these transcendental riches.” (Caitanya-caritamrta, Adi-lila, 8.28)
Watch it here: http://bit.ly/2JdYJSJ 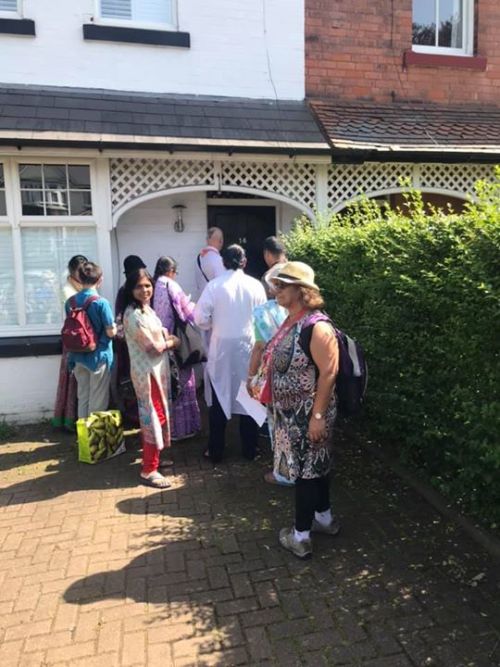 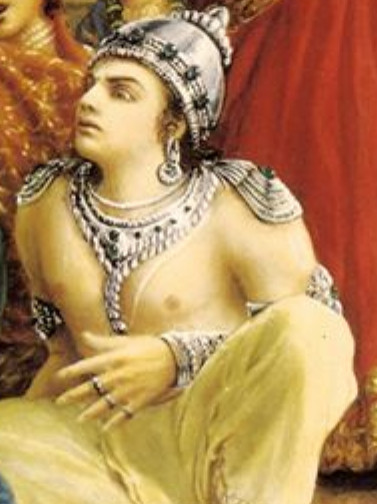